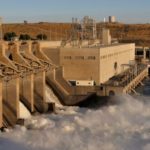 A coalition of agricultural and commercial organizations recently responded with serious concerns to a controversial dam breaching proposal that would tear out four dams on the Snake River.

The dam breaching proposal, presented by U.S. Representative Mike Simpson of Idaho, aims to restore fish populations on the river while compensating groups affected by removing the dams. However, in a letter to government officials, the coalition said the plan would decimate U.S. producers’ ability to move wheat and other products to overseas customers and be of questionable environmental benefit.

The National Association of Wheat Growers joined state wheat organizations in Idaho, Washington, Oregon and Montana in signing the letter.

No Dams, No Barges

Barge traffic on the Columbia-Snake River System is the most cost-efficient and sustainable connection between U.S. wheat farmers and their customers overseas. And more easily navigable, safe and efficient barge transportation depends on river locks at each of the targeted dams.

USW shares the opinion stated in the coalition letter that improving fish populations are important and admirable goals. Still, there is little certainty removing the dams will restore fish populations to a level that would satisfy environmental advocacy groups involved in litigation over the river’s management.

The river system’s current management strikes a balance between all river uses—providing renewable electricity, transportation, irrigation flood control, and recreation. The dam breaching proposal would eliminate nearly all these benefits of the river. It would also subject interior PNW communities to a wide range of environmental and economic impacts.

Fortunately, U.S. wheat importers should not worry that the dams are in imminent danger. Members of Congress have not yet written legislation on the dam breaching proposal and it has not attracted much political support.

Hopefully, the proactive and vocal nature of river stakeholders early in this process will highlight the shortcomings of the proposal’s fish recovery portion and the enormous costs for trade, the region and the U.S. Treasury.