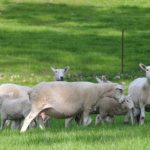 A coalition of senators and representatives sent a letter in late January to Acting Secretary Kevin Shea of the U.S. Department of Agriculture concerning the status of the Importation of Sheep, Goats and Certain Other Ruminants Rule, also known as the Scrapie Import Rule.

“This rule has severe consequences for American sheep producers including:

“Allowing additional imports of lamb from countries (including the United Kingdom) who have an unfair trade advantage due to being highly governmentally subsidized. Our market is already overcrowded, with more than half of all lamb consumed being imported.

“Undercutting efforts to open markets for American lamb. The United States will lose its leverage to negotiate lamb exports to the United Kingdom.

“Allowing animals and genetic materials into the United States that are scrapie positive. Not only does this create a flock health issue for producers, but it keeps the door closed to important trade partners such as Japan. Prior to the market closure, Japan was the top valued export market for American lamb.